Scuba Diving with Bull Sharks it’s a thrilling adventure! Get ready for a huge adrenaline pump and be impressed by these majestic and curious animals swimming around the warm waters of Playa del Carmen. The Bull Shark season runs from mid-September to around March. Our experienced and knowledgeable guides will make sure that you have a “shark-tastic experience”!

A day with Bull Sharks and Koox Adventures 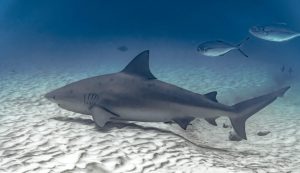 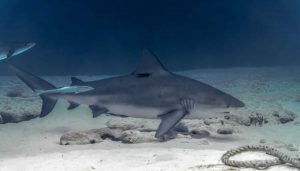 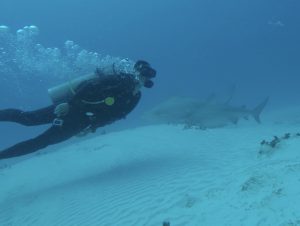 Your Bull Shark adventure begins by meeting at your preferred pickup location, planning the dive, and learning about the sharks on our way to Playa Del Carmen Pier, where a final briefing takes place. Together with Koox instructors, you will dive down to 100ft (30m) in-depth for the first dive and into a shallow reef for the second dive after a surface interval. A full set of equipment and a GoPro camera (upon request) are included in the price of the adventure.

Remember that you must be an Advanced Open Water Diver to be able to join us here. If you are thinking about getting your Advanced Open water certification check our courses.

2-4 people small group visits – every day, meeting points available: Tulum, Playa Del Carmen, Cancun
Prices are fixed, regardless of the number of people in the group.
All prices include equipment rental: – diving gear, 2 tanks, a wetsuit, fins, etc
Free Nitrox 32 is available upon request for tech certified divers – please let us know in advance
Advanced Open water certification or equivalent is required.
Please mind that Bull Sharks Season is from November to March.
As we do not feed the sharks, it is common to see 4-5 sharks during the dive
Please mind that we might change the date of the tour, to make sure you will get to see bull sharks or in case of bad weather
For private diving tours, please contact us, so we can provide an exclusive offer for you. 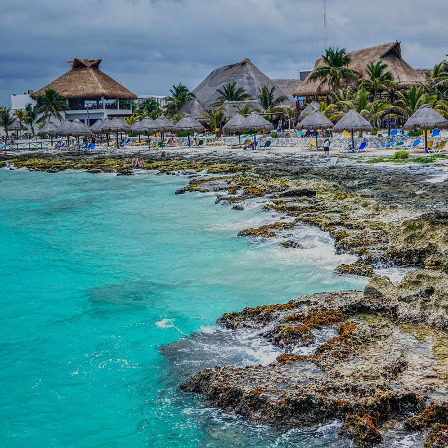 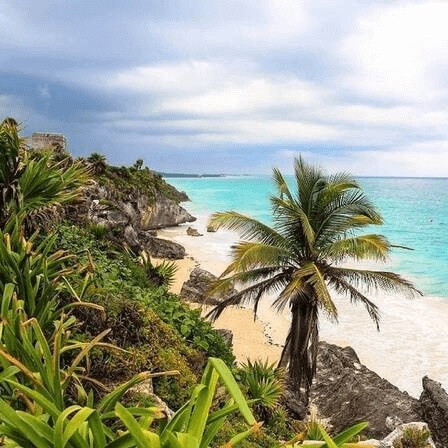 Is it safe to swim with Bull Sharks?

Bull Sharks represent no danger to scuba divers. Their bad reputation comes from super rare incidents with humans while swimming in freshwater rivers like the Mississippi or in the Amazon, often because of poor visibility and thus the animal confusing humans with prey (similar to white sharks and surfers where they confuse the silhouette of the board with seals) and sometimes when defending their territories. The Bull Sharks visiting Playa del Carmen every year are mostly pregnant females, coming to these calm waters to give birth, and juvenile ones. The more dominant, aggressive, and territorial males are off the coastline in deeper cooler waters. On top of that Playa del Carmen offers great visibility all year round, making it the best place in the world to swim peacefully among these apex predators.

Do you feed the sharks? 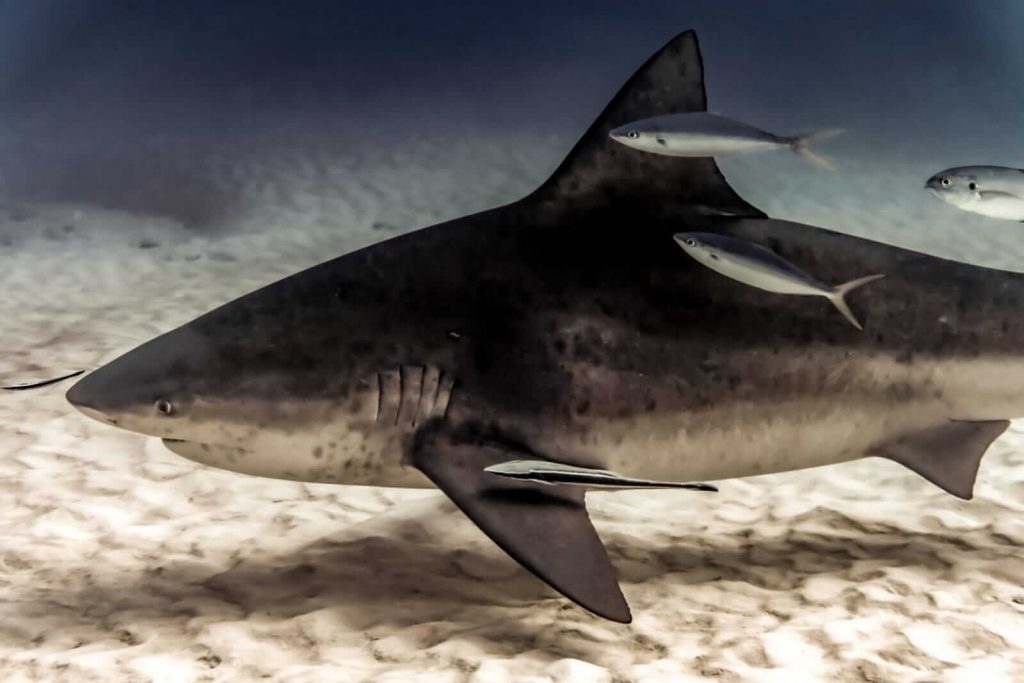 We don’t. We prefer to see sharks in their natural behavior. In our experience with these amazing creatures during the years, we believe that it is safer to dive without inducing them into a feeding frenzy status. Feeding or baited dives are those in which dive professionals bring some fish or fish products to attract the animals, creating closer interactions. If it’s done in a proper way, it promotes education and conservation on top of economic incentives to avoid fishing them.

After all, we live by the “take only memories and leave only bubbles underwaterˮ philosophy.

Bull Sharks are awesome! Check out these facts:

Bull Sharks (Zambezi Sharks, Nicaragua Sharks, Ganges River Sharks, Shovelnose sharks) can normally be found in coastal areas of warm oceans. They can easily switch between salt and freshwater, especially for giving birth. Thus, they can be found in rivers and even lakes, like in Lake Nicaragua. The fresh waters of Cenote rivers pumping into the Caribbean reefs around Playa del Carmen are also an excellent location for giving birth for them.
Their name comes from their stocky figure and the broad, flat snout, resembling a bull. And just like the land animals, they usually attack their prey by hitting it first using the head, we call this “bump-and-bite technique”. Bull sharks are quite large predators, their weight can reach up to 250lb (130kg) and length of 8ft (2.5m) and their bite (almost 6000 newtons force) can be more powerful than the great white shark’s!
They hunt in murky waters, where it is harder for the prey to see its predator. They eat all kinds of fish, small sharks, stingrays, starfish, turtles, birds, and even land mammals, as some reports show in Africa where small hippos have been eaten by bull sharks.

Find out more or adjust your settings.

This website uses cookies so that we can provide you with the best user experience possible. Cookie information is stored in your browser and performs functions such as recognising you when you return to our website and helping our team to understand which sections of the website you find most interesting and useful.

Strictly Necessary Cookie should be enabled at all times so that we can save your preferences for cookie settings.

If you disable this cookie, we will not be able to save your preferences. This means that every time you visit this website you will need to enable or disable cookies again.

This website uses Google Analytics to collect anonymous information such as the number of visitors to the site, and the most popular pages.

Please enable Strictly Necessary Cookies first so that we can save your preferences!